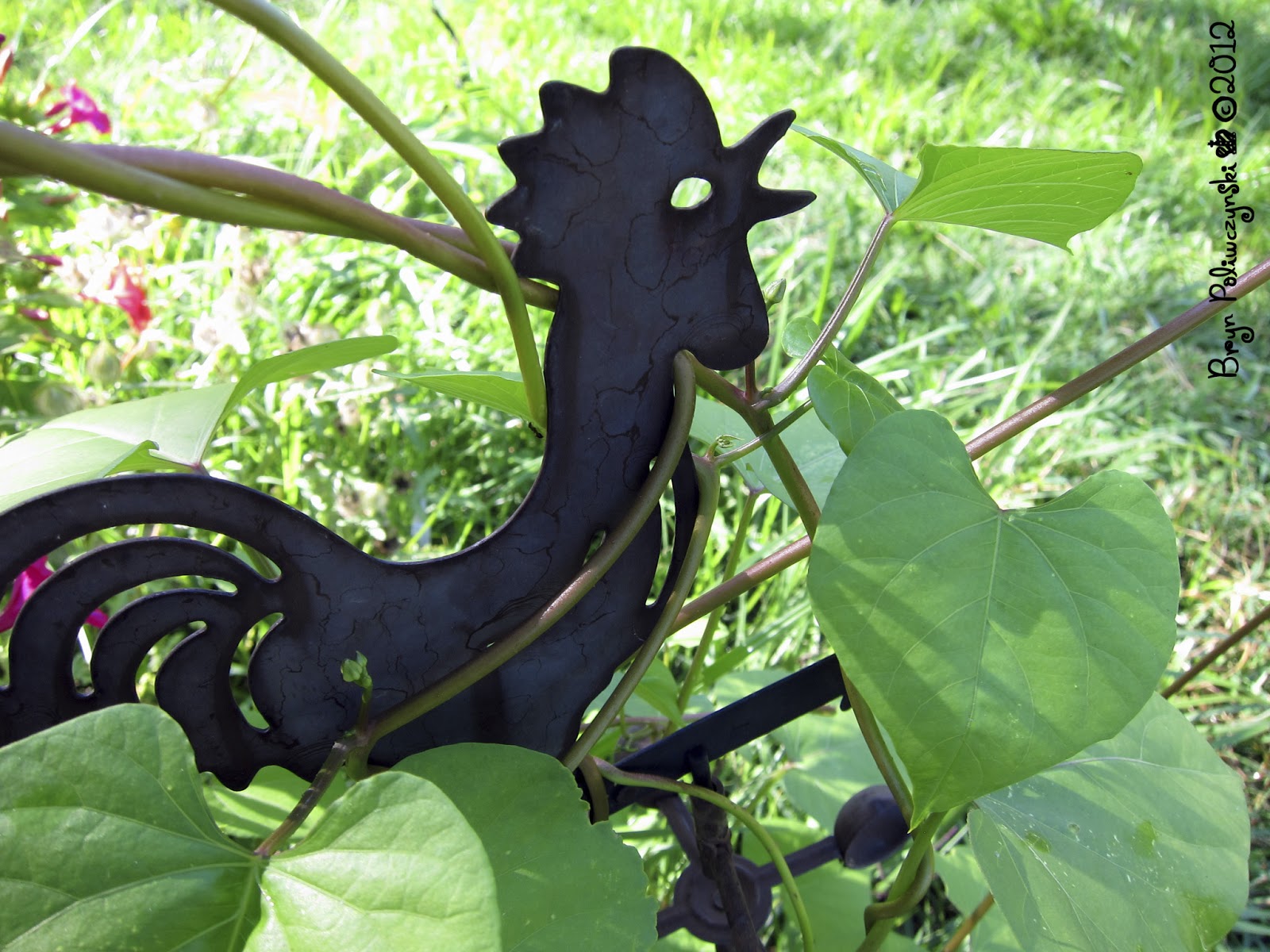 In 2012, we had a drought. Fortunately, however, we also had a hose, and so my garden exploded vibrantly, in defiance of the heat beating down.

My mother's favorite flowers are always blue--she especially loves Morning Glories--and so the first flowers to always be planted are Heavenly Blue Morning Glories. With humongous, smooth blossoms that billow out from soft white centers, they are gorgeous. Thick ropes of vines twist up the side of the house (and anything else in their way) until they are as thick as ropes. In 2012, however, the wrong color of flowers were mixed into the Heavenly Blue seed packets, apparently, so we ended up with a majority of pretty purple, and only a few, late blue bursts. 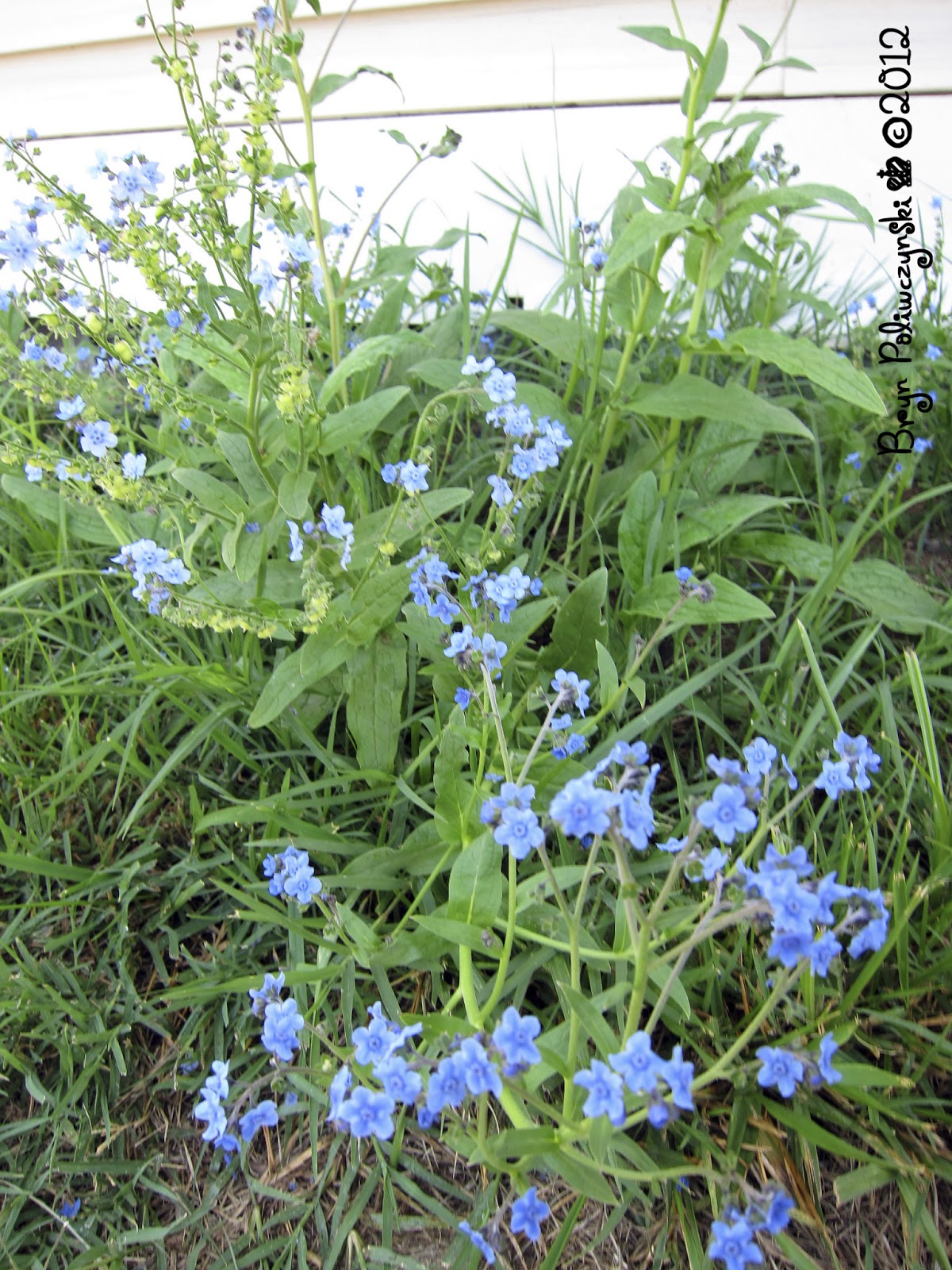 To add more blue to the collection, a batch of blue Forget-Me-Nots were planted. I'm not sure what it is about blue flowers, but they just seem to glow from within all the time, even when the sun isn't out! I also chose some blue Lupine to go along beside it. However, whether it can be attributed to the heat, the soil, or some other unknown factor, none of it ever came up--I never even spotted a single sprout! 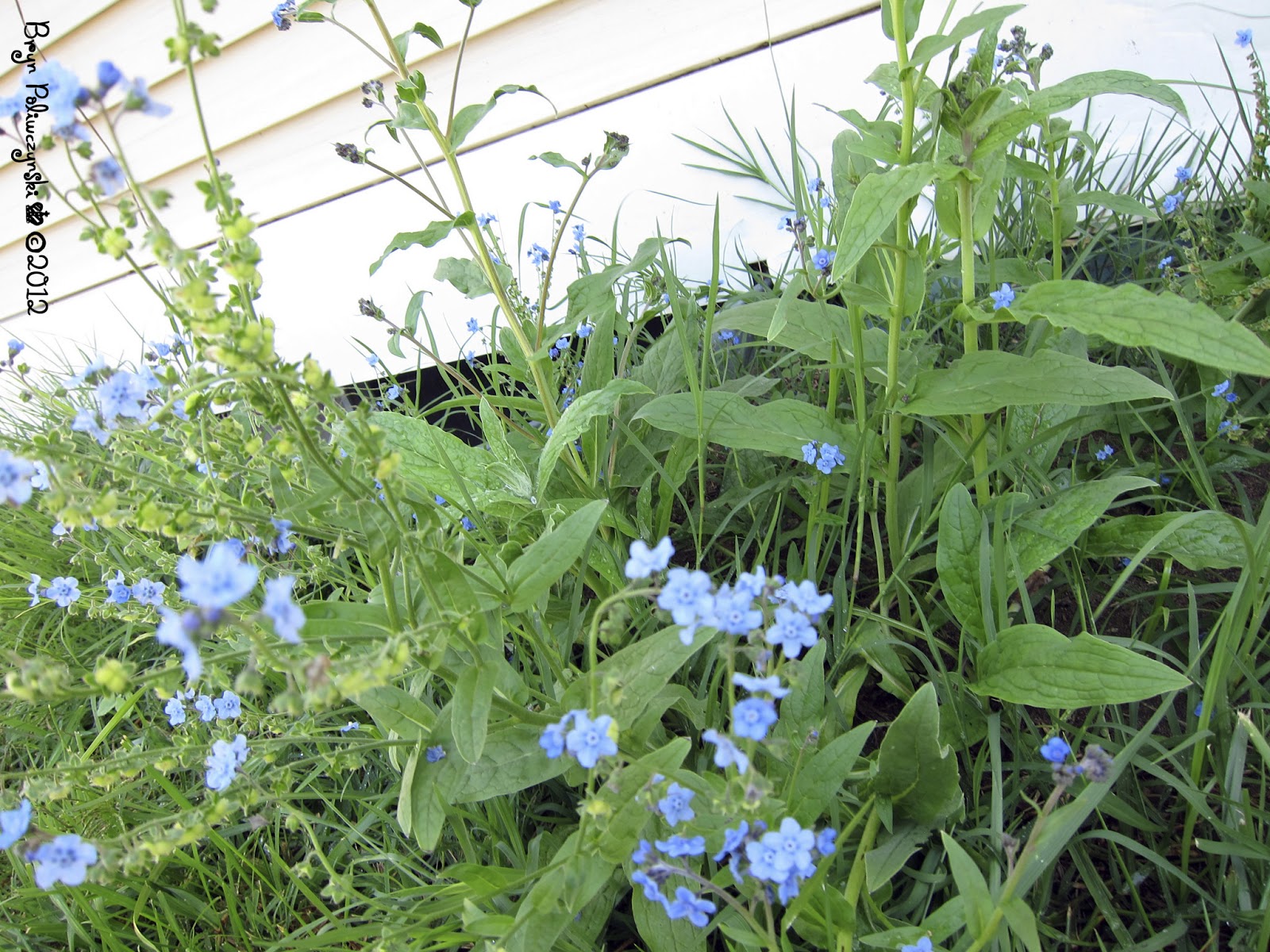 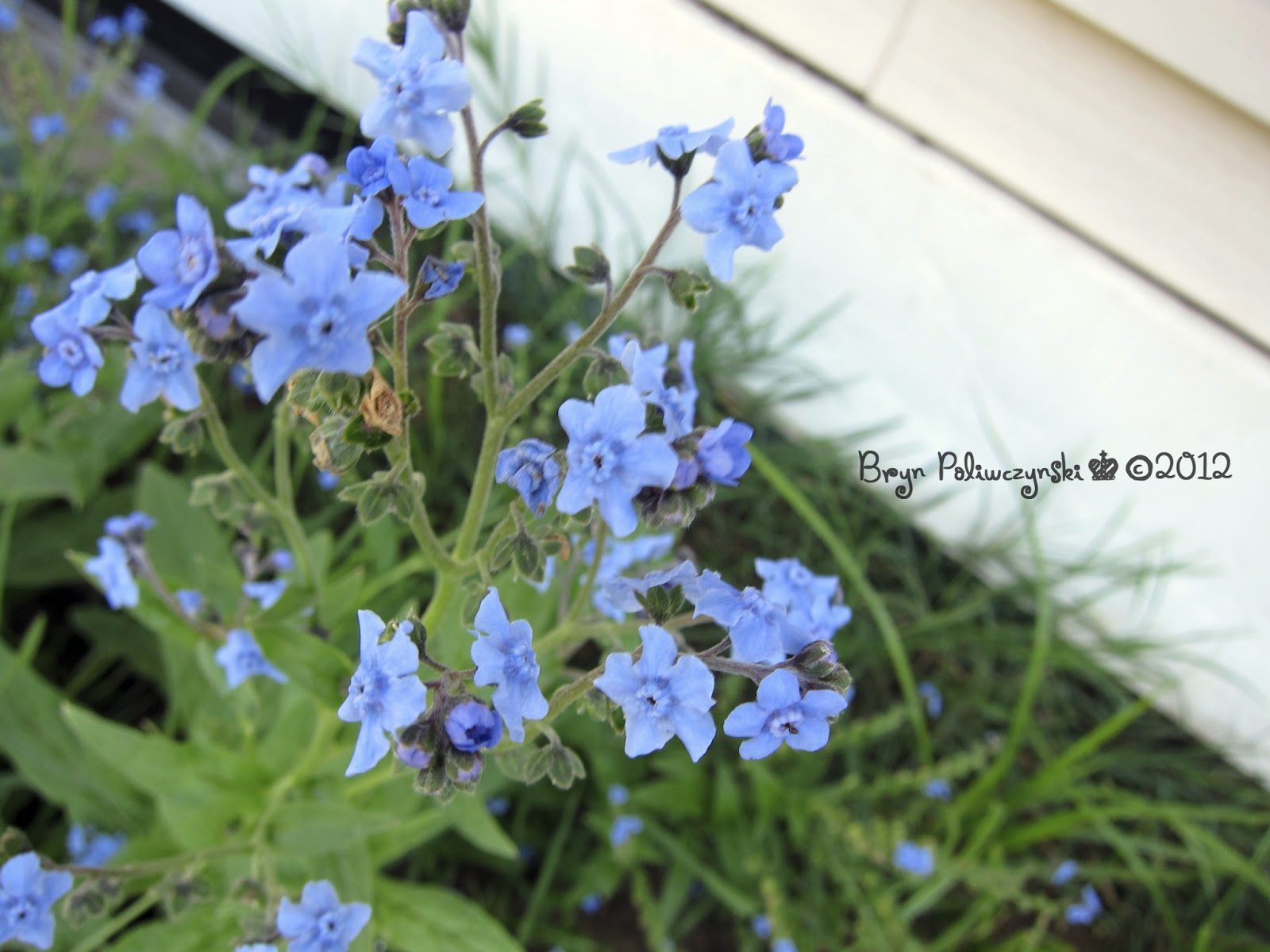 The rest were my own choices, as can be seen by the change in color. My first pick was a mix of red, orange, and yellow Nasturtiums. 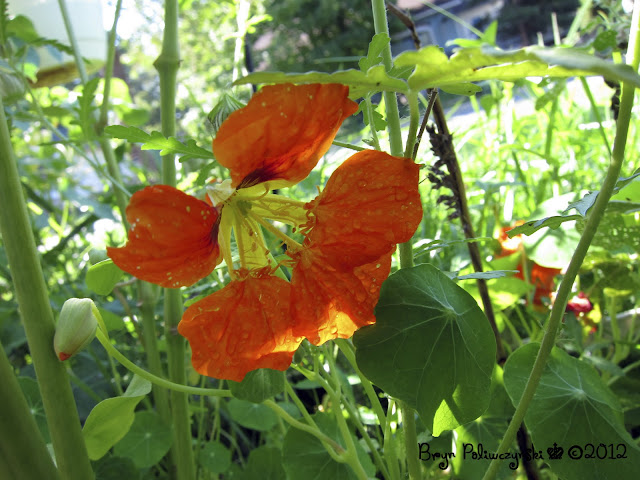 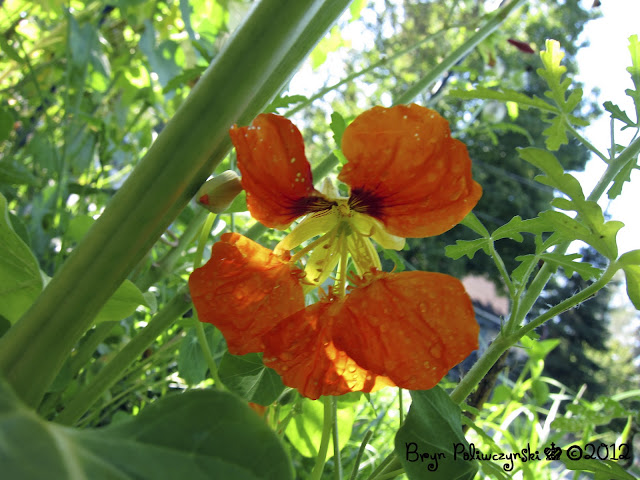 My favorite, and second choice, was Four-O-Clocks. Since I had never dealt with/seen either before (and due to an oversight of the size on the back of their packets), I planted them side, by side, not realizing that one was giant and the other, short. Thus, this beautiful mixture of pink, white, purple, and yellow Four-O-Clock bushes towered above, while later pops of intense orange, red, and yellow Nasturtiums poked up from below. 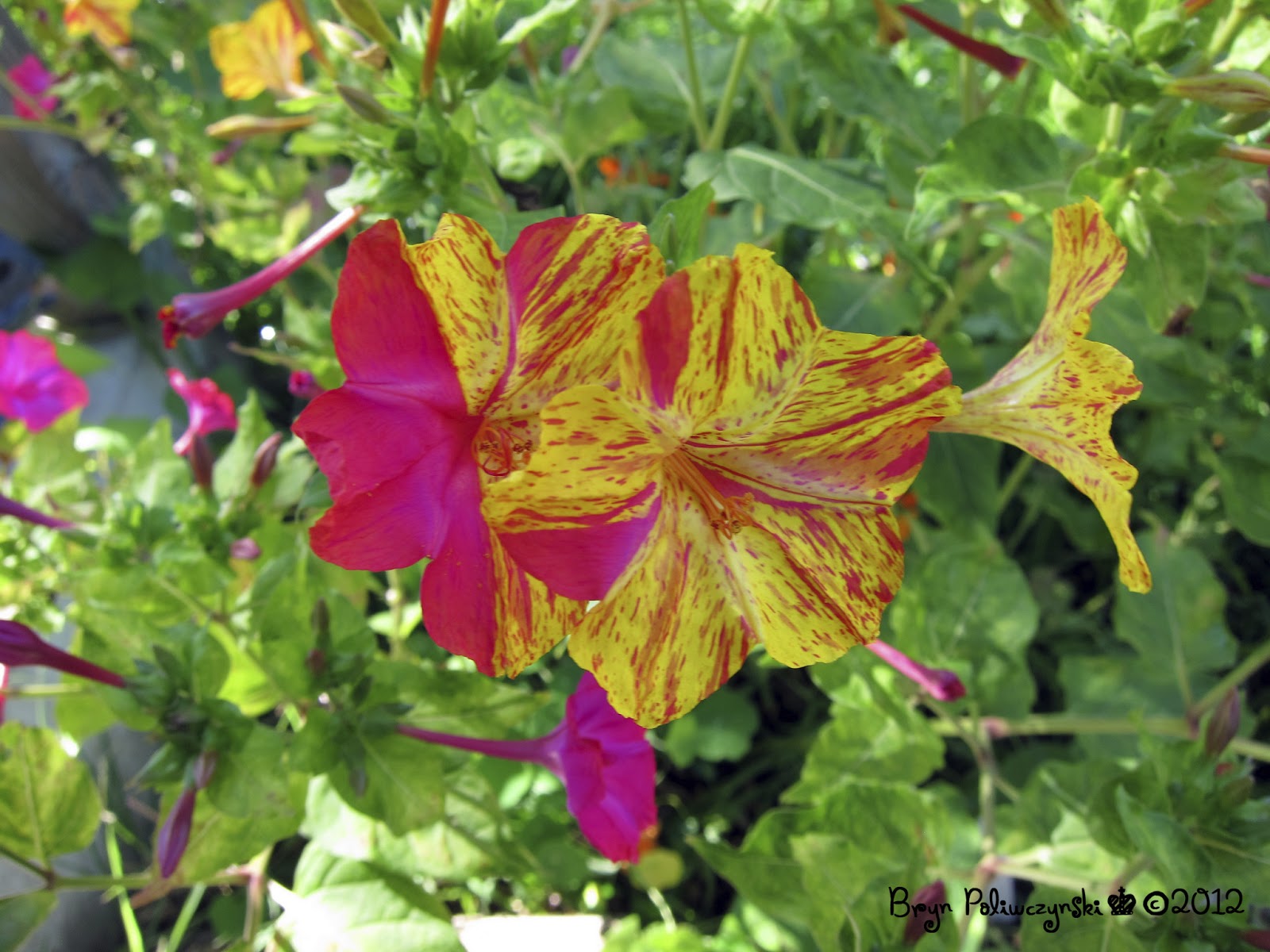 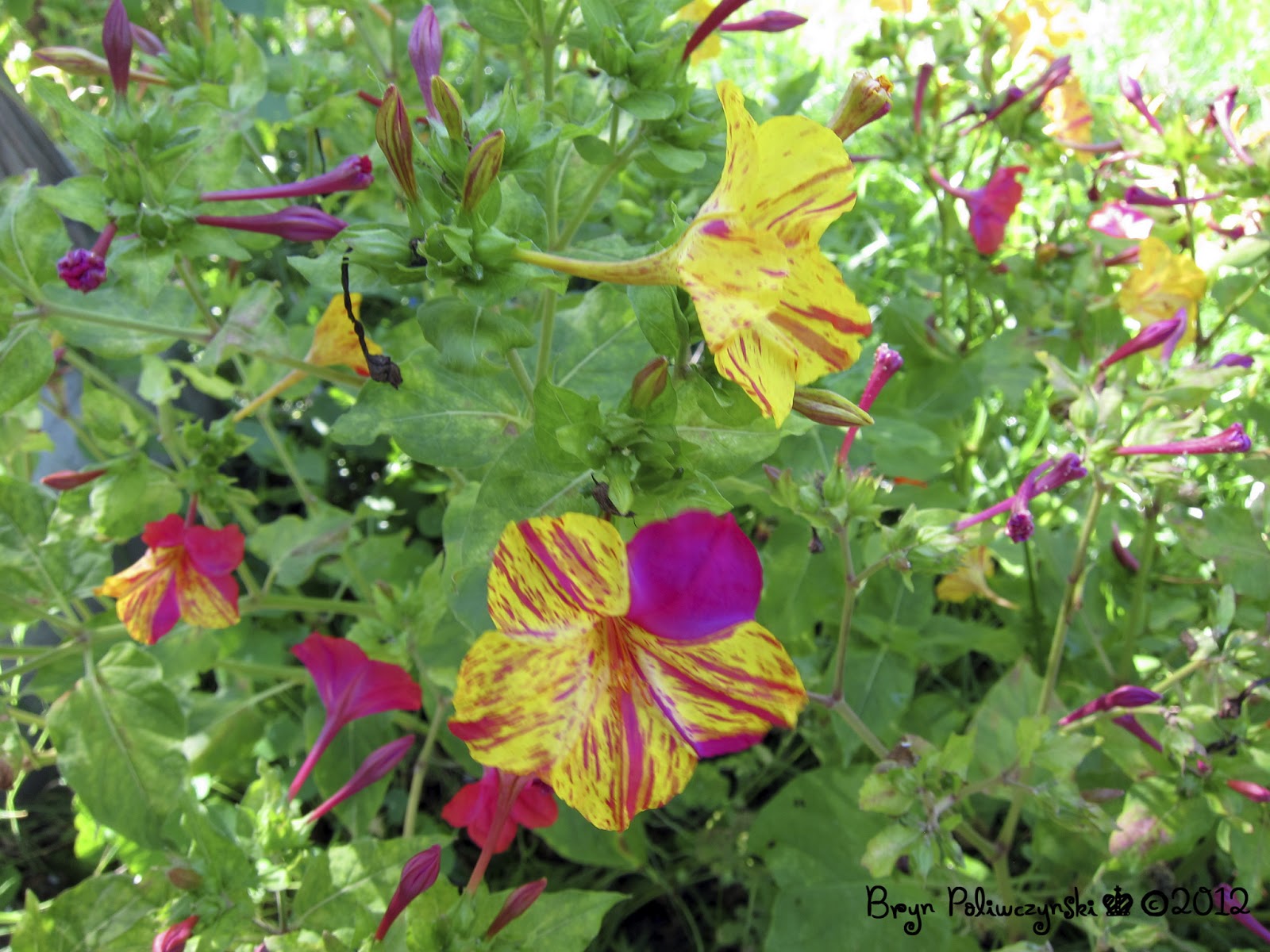 The variety of colors and patterns were a nice surprise: some bushes were all white with purple spots, some all yellow with pink spots and strips, some solid colors with odd petals of another color, as well as many other combinations! 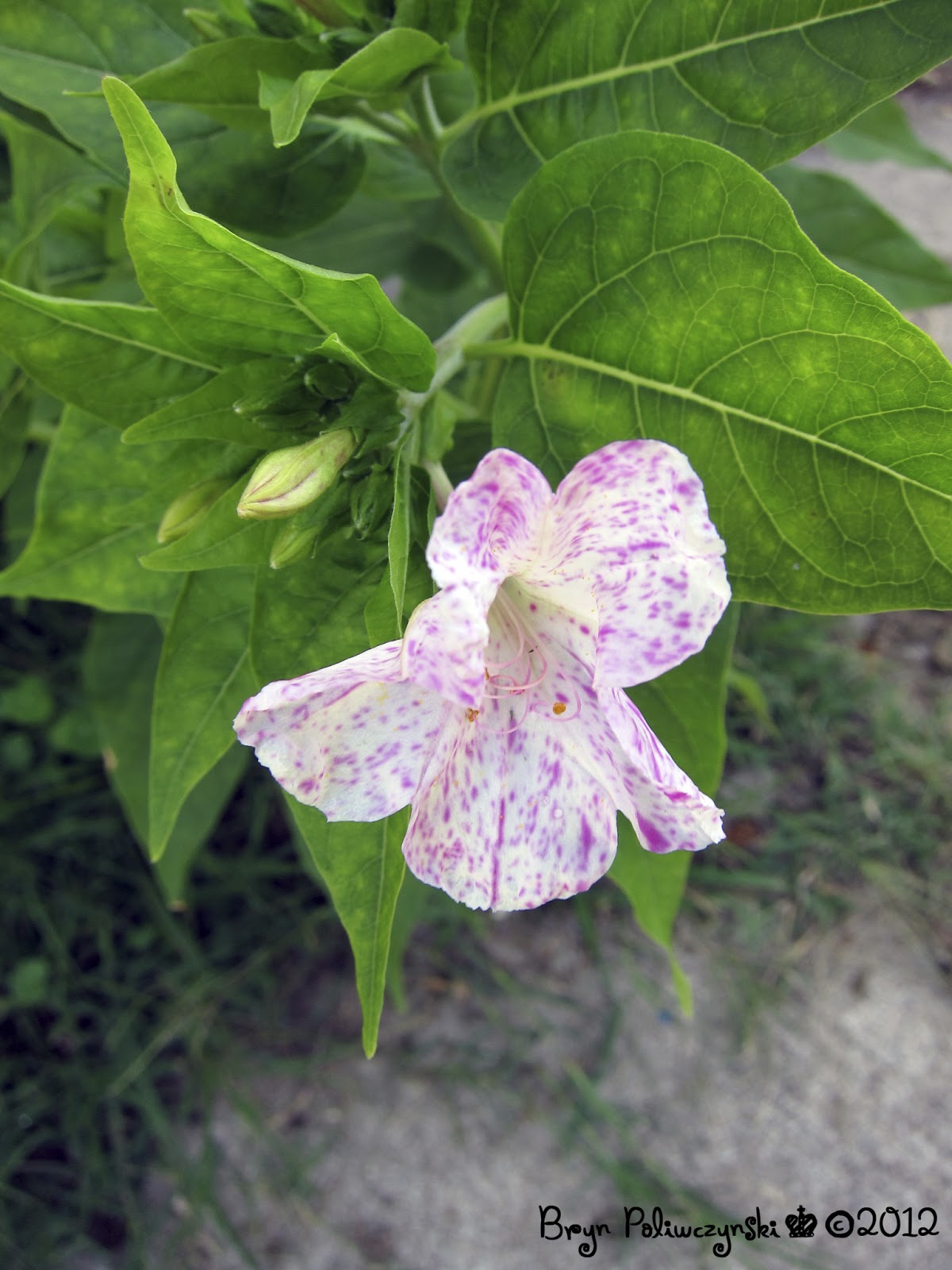 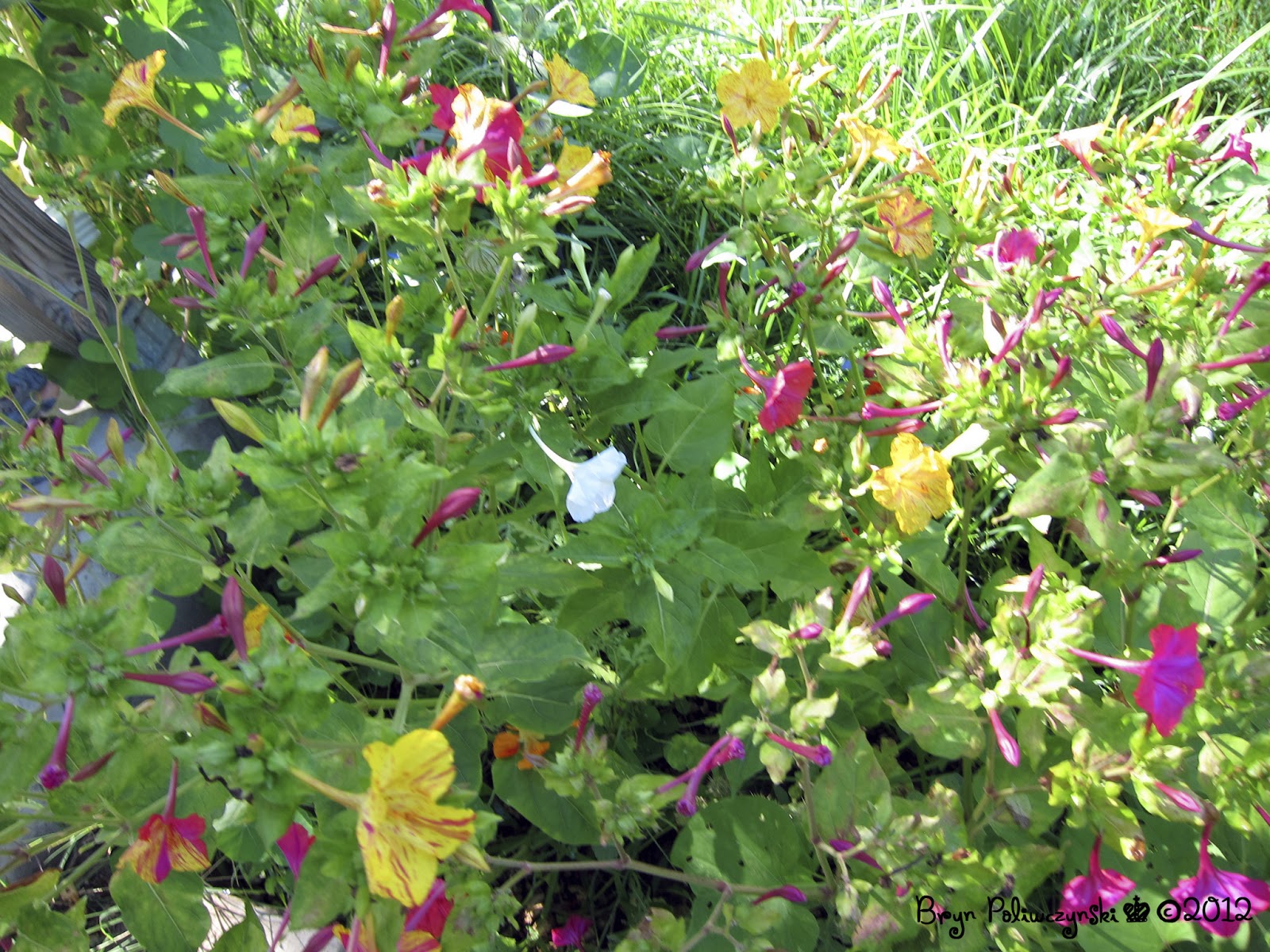 Email ThisBlogThis!Share to TwitterShare to FacebookShare to Pinterest
Bryn P.
Bryn is a Michigan-based artist and writer, with a focus in fashion design. A high-anxiety being, she enjoys k-pop and rock music, books, consecutive naps, white raspberry coffees, and playing with her best bunny friend Gentaro. She nests in piles of yarn as means of stress relief, slowly knitting or crocheting her way out from the center. She collects new craft hobbies like it's going out of style (hence the yarn mountains in her home), and also enjoys buying new notebooks before she's filled the previous one.