I’ll admit that I was wary about the concluding book of the Maximum Ride series. James Patterson (though he probably is unaware), lost a lot of readers a couple books back, when he ripped Fang away from the flock and tried to replace him with Dylan, and then stole Angel, and then Nudge as well (not necessarily in that order). Fortunately, though, this last book makes a lot of things right, though I won’t disclose them all for the sake of those who haven’t read it yet.
In a pleasant turn of events, Nevermore is successful in being one of the few “last-book-of-the-series” novels that actually answers a lot of questions instead of creating more and then trailing off into the end with them unanswered, such as who Max’s mysterious “Voice” is(!).
Some disappointments would be the fine line between Max’s feelings for Fang and Dylan, which remains in limbo the entire way till the end (though there is a vague attempt to scrub it away and pretend it never happened, as if Max was not completely comfortable/un-bothered/remorseless through the last however-many books about switching back and forth between boyfriends). I mean, yeah, Dylan was supposed to be intentionally created to be her “other half”, but come on: the first half of the book, she’s snuggling  Dylan without so much as a shred of guilt, and then the second half, she’s back to Fang, without so much as a shred of guilt. Ugh. Need I remind that, meanwhile, an uncountable amount of impressionable, young teenage girls are reading this series and wanting to be “just like Max”. Oh, yay. They’d be better off reading Twilight. (Okay, never mind—NO ONE is better off reading that crap).
Also, it took an absurdly long time for Max to get back around to being the character we all fell in love with at the beginning of the series. In this last book, she sort of floats around in a haze that blurs the lines between her bold, butt-kicking self and some unfamiliar, whiny, boring character of unknown origin (which, by the way, seems to be a common problem with protagonists of other series who have made it to the last book, see Scott Westerfeld’s The Extras).
A lot of betrayal goes on, and Max is shocked, as is expected, but triumphs. Lost loved ones returned and the flock returns as one for the apocalypse……which, was not as fascinating as the lead up to it, but I guess that’s to be expected of such a typical plot ending(?). I wouldn’t say it was a bad ending—it was certainly an actual conclusion, which is more than can be said for many other last books—but it wasn’t entirely satisfactory, either.

Overall reaction to Nevermore--not quite mediocre, but not quite as awesome as the rest of Maximum Ride. Regardless, it is still a must-read for those who have followed through the series, and while it won't disappoint, it may not leave you feeling how it probably should have (actually, in my opinion, the entire last half of the series kind of piddled off from "very interesting" to "sort of interesting"). Still, though--read! Enjoy your last cup of Maximum Ride tea! 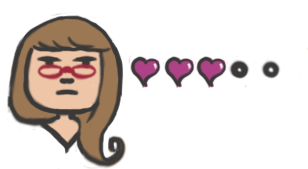